I'll be honest with you: I did not plan to write a review of this game, since my work schedule is so busy that it is quite difficult to find time to write another material. But as soon as I sat down to play Life is Strange, I immediately realized that I simply could not help but share with you my impressions of this project, even if in the form of a rather small overview. So what is this unusual video game about teenagers and their problems? 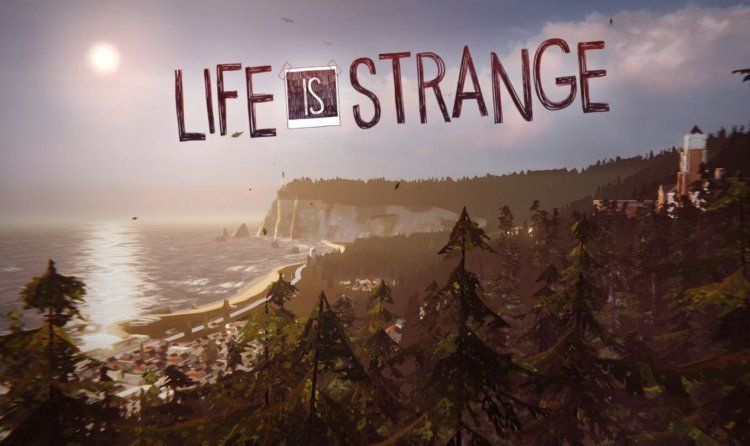 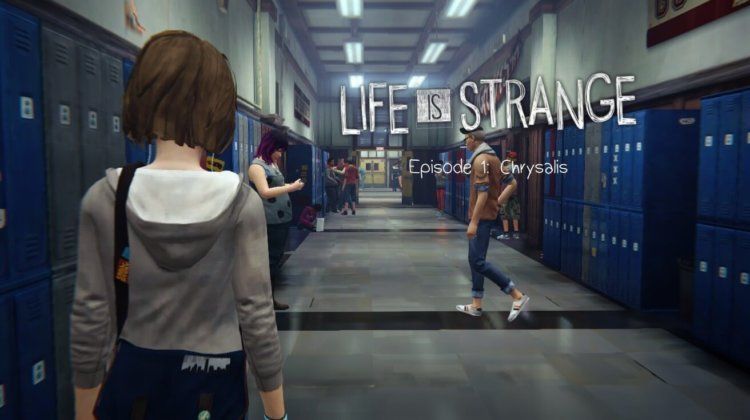 If you ask me to name a few games that reminded me of Life is Strange, then I will immediately cite as an example the adventure game Heavy Rain from French developers from Quantic Dream and The Walking Dead from Telltale Games. These two projects are perhaps the closest to Life is Strange in terms of the gameplay style. 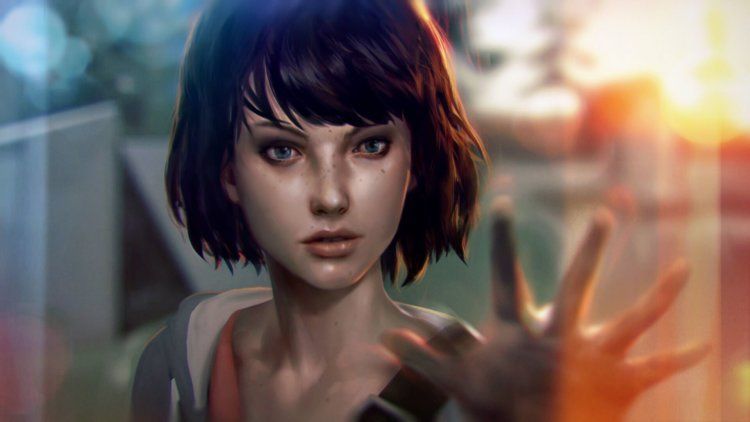 But let's talk about the game's plot first. The main character of Life is Strange is Maxine Caulfield, who is simply called Max by her friends. She returns to her hometown of Arcadia Bay after five years of absence and enters the prestigious Blackwell Academy, where she studies photography. Max is never part of her battered Polaroid camera, and is constantly photographing whatever is attractive or unusual to her, as well as taking regular selfies. 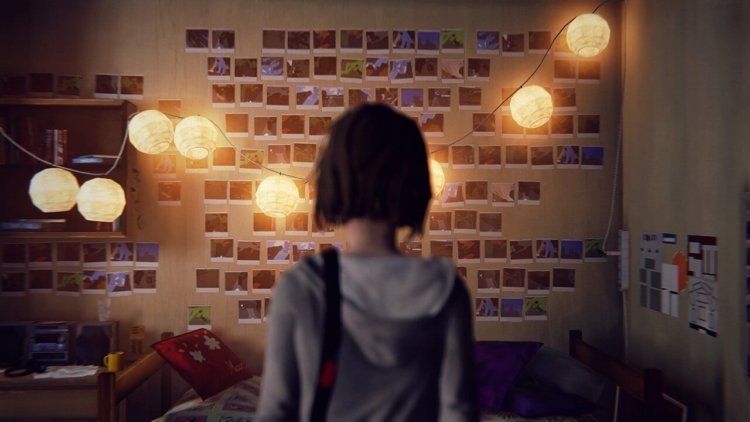 Max is a typical American teenage girl with her quirks, phobias and teenage problems. During the game, you will hear her thoughts about certain events, objects or personalities, which will allow you to get to know the main character better and understand her worldview. 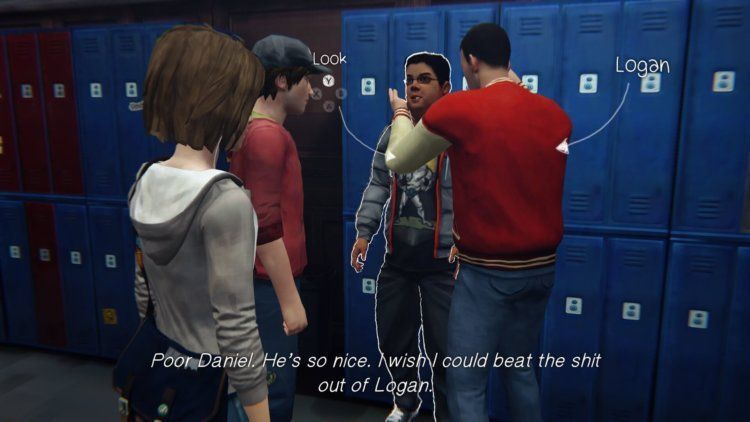 One day Max discovers the ability in himself. Rather, she is only able to scroll back in time to a certain control point and change the course of further events with her decisions. Thanks to the new superhero power, Max saves from death his childhood friend Chloe, whom she has not seen for many years. It is at this moment that the main plot of the game begins. 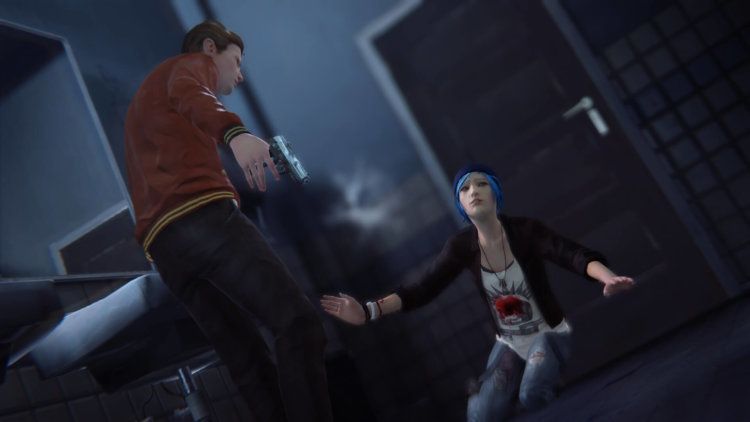 Conspiracies, disappearances, elite student clubs, bullies, nerds, soccer captains, natural disasters, betrayal, treason, true friendship, the problem of fathers and children - there will be plenty of everything in this story. Events are developing so exciting and unpredictable that it is almost impossible to tear yourself away from the game. And a touch of mysticism and something supernatural only adds a special piquancy to the usual teenage life. 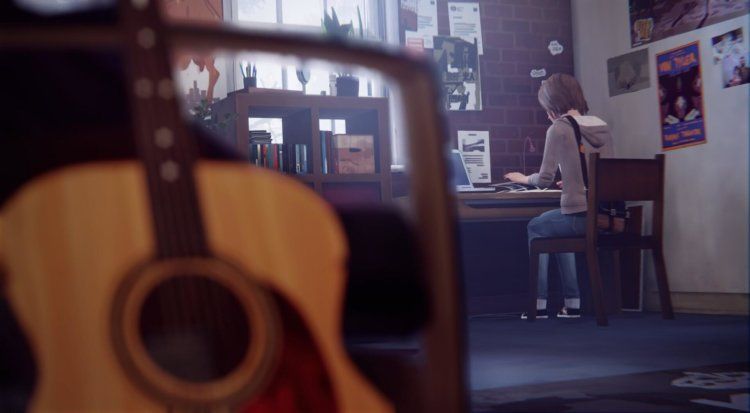 The entire Life is Strange game is built around player choice. You are free to decide how the heroine should act in a given situation. Should the director of the Academy inform on a student who brought firearms to an educational institution, or should he deal with the situation on his own? Should I tell a classmate sitting on a bench that in three and a half seconds a soccer ball will fly into her head so that she can dodge or leave everything as it is? 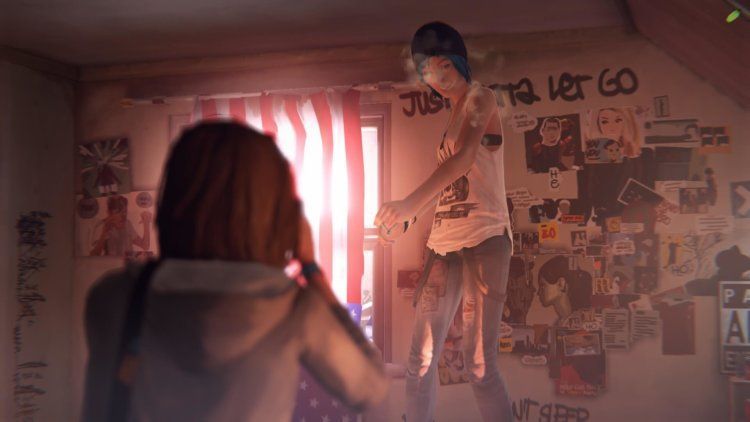 You can use your talent not only for good, but for selfish motives too. For example, if a teacher asked you a question in a lecture, and you do not know the answer, you can simply listen to the correct answer of another student, rewind time and earn an excellent grade by surprising the mentor. There are a lot of such forks in the game, and you need to be very careful at the moments of performing certain actions, since the further development of events directly depends on your decisions. 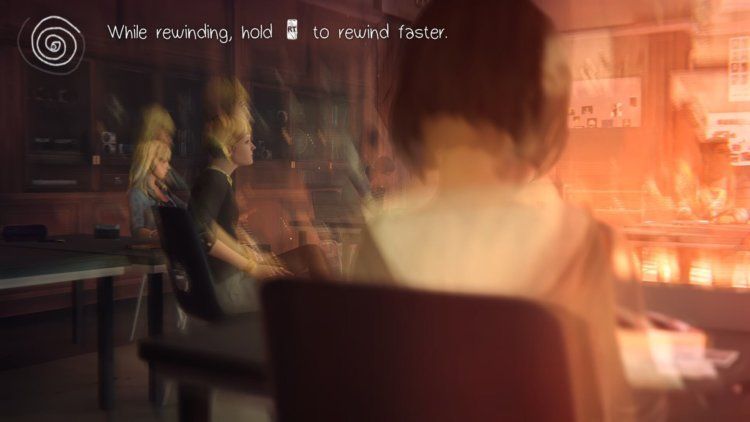 The controls in the game are very simple. You can control Max's movements around the location, turn the game camera so that you have the most convenient perspective on what is happening, and also interact with various objects or characters using a convenient action menu. In general, there is nothing difficult in the management, and everything is very much reminiscent of the classic adventure games. 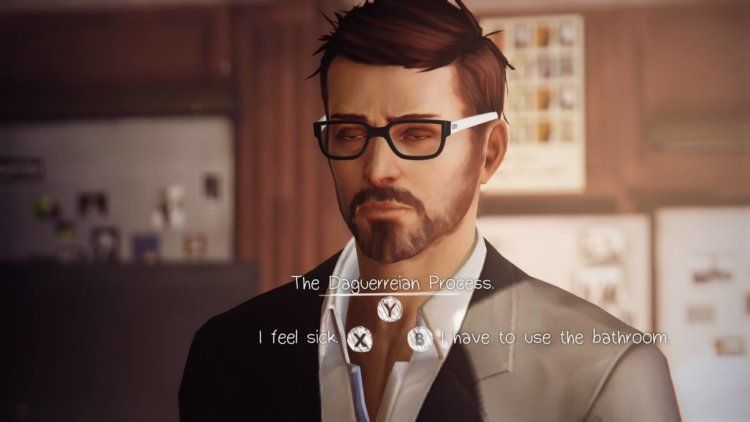 Visually, the game is very beautiful. It is sunny, bright, made in a warm color palette, thanks to which it continues to delight the eyes from start to finish. The artists have carefully worked on the environment and the smallest details. For example, you can take a closer look at each poster or advertisement on the wall of the academy and read what is written on it. There are an incredible amount of interactive objects in the game, and if you pay attention to the exploration of the virtual environment, you will spend a lot of your time on the game. 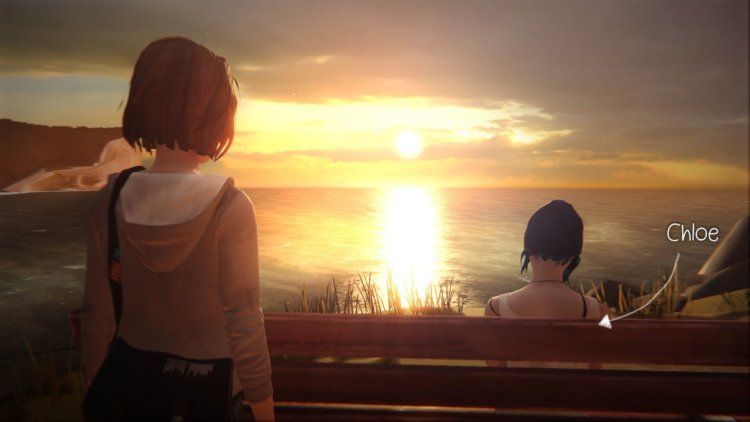 I would also like to note the incredible soundtrack of the game. During the passage, I stopped several times to just stand and listen to this or that music track. This music is light, unobtrusive, with wonderful vocals and gorgeous acoustic arrangements. This is a rare case when the music and the style of the game ideally complement and enrich each other. 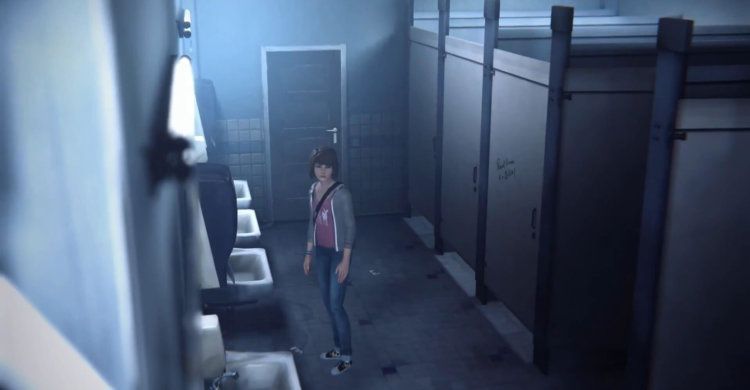 The main character has a personal diary in which she takes notes, pastes photographs and various clippings there. If you want to know more about a particular character in the game - just look into this diary and get answers to many questions. 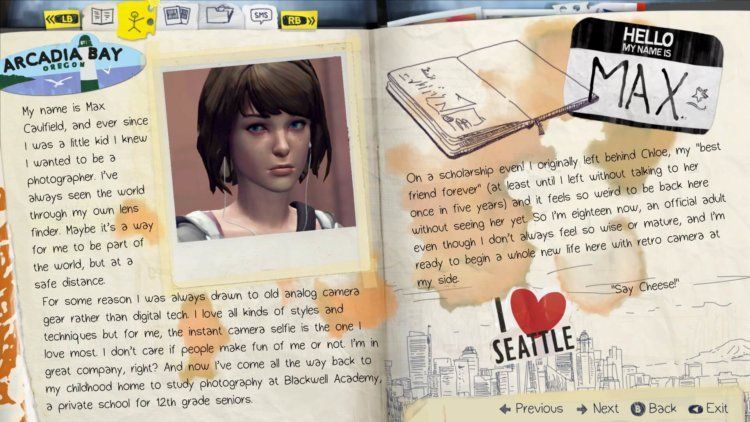 Max also has a smartphone, which she uses to correspond with her parents who remained in another city, as well as with her classmates and friends. Read your incoming SMS from time to time to keep abreast of the latest news or not to miss any important event. 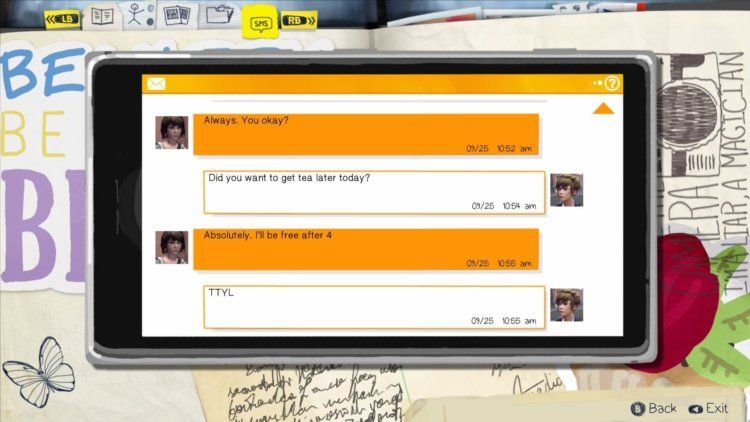 The saddest part of Life is Strange is its episodic structure. To date, only the first episode of the five planned has been released. The next episode will only appear in March, so players will have to be patient enough to find out within a year how this incredible story ended. 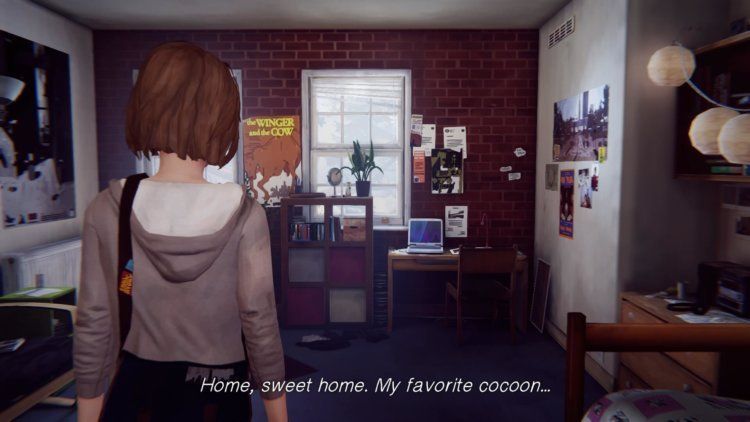 The game was created by the French studio Dontnod Entertainment, which had previously released only one project - the fantastic action game Remember Me for PC and consoles Xbox 360 and PlayStation 3. The game Life is Strange was also released for a personal computer (you can buy only the first episode on Steam or all discounted five), as well as previous and newer consoles - Xbox One and. 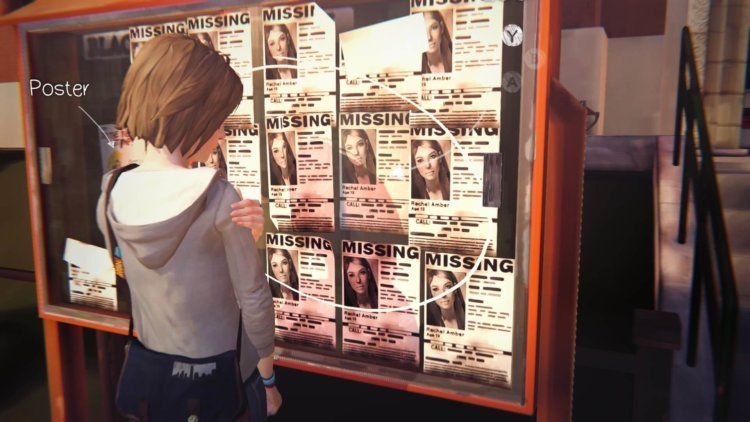 I'll give this game a 9 out of 10 just because when the first episode ends, you really want more, but you have to wait for March when the second episode of this incredible story goes on sale. It has been a long time since I met such an original weaving of time manipulation in a video game, which was pleasantly surprised. Life is Strange characters are memorable, and you start to feel a kind of connection with them. You start to worry about them, but this does not happen in every game, do you agree? I highly recommend purchasing this game to all those who love unusual adventure games and quests with a strong storyline. This game justifies every penny spent on it, trust me. 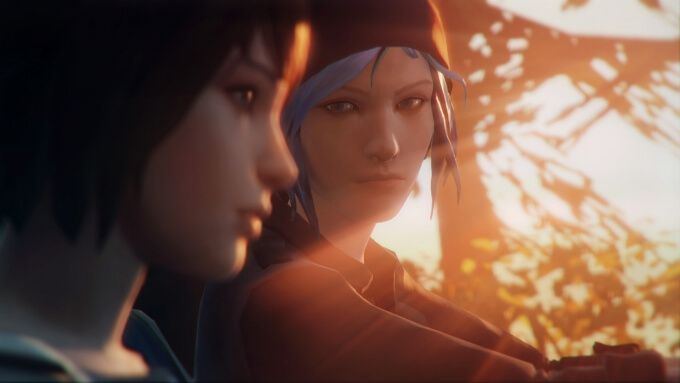